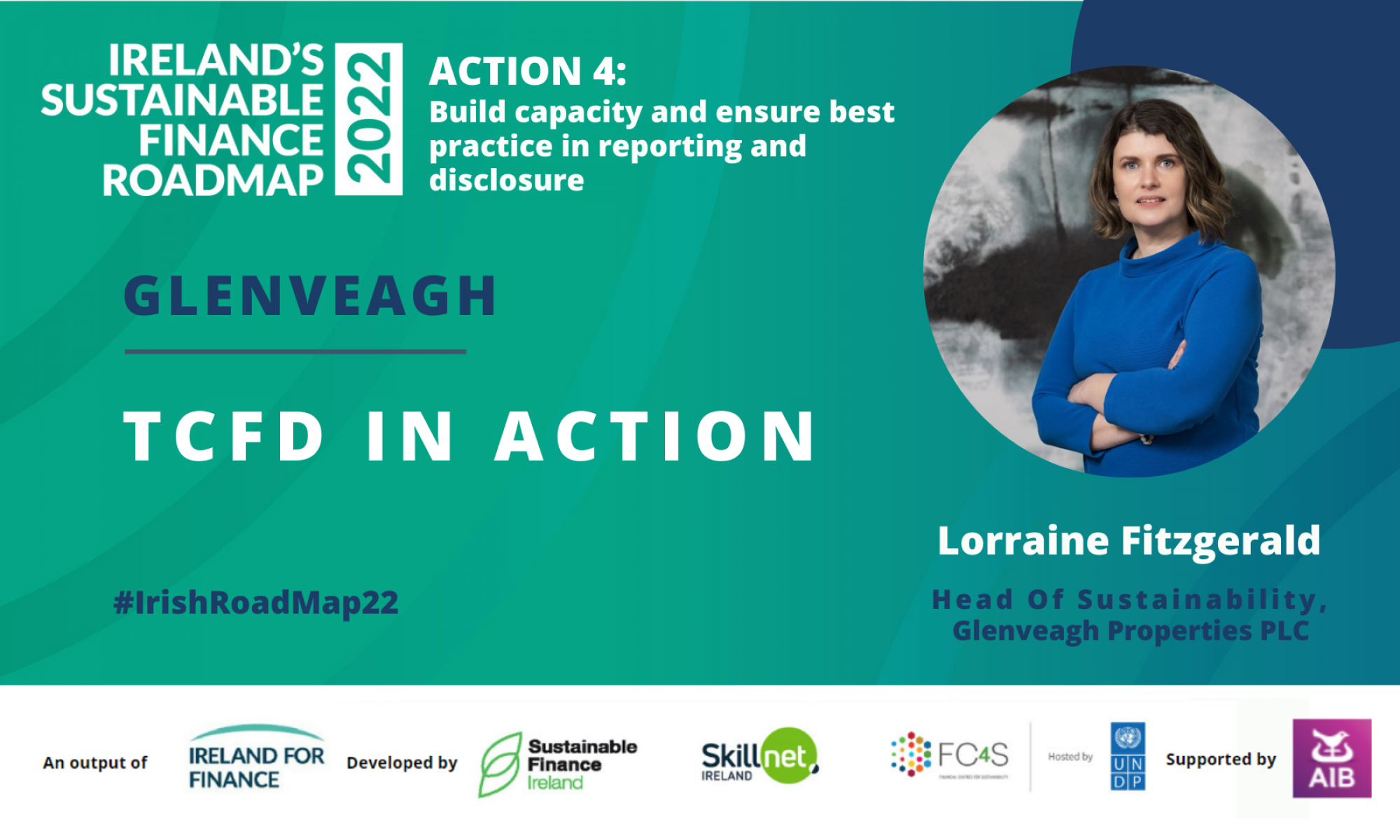 Glenveagh building climate resilience one brick at a time

Lorraine Fitzgerald took on the inaugural role of Head of Sustainability at Glenveagh, Ireland’s leading homebuilder, in October last year.

“I’m less than a year in the job. It’s a new role which indicates the importance Glenveagh is placing on sustainability. Following the publication of the Group’s first sustainability report for 2020 it was clear that full-time resources were needed to fully embed the agenda throughout the organisation.”

Lorraine insists that sustainability is central to Glenveagh’s operations, pointing to evolving sustainability reporting and building energy regulations as examples of the need to adjust to the changing business landscape.

“Glenveagh is fairly advanced in terms of the building energy ratings (BERs). Last year 82 per cent of our houses were A2 rated, the second highest rating, and this year we’re expecting that 50 per cent will be A1 rated. The big driver for us has always been making sure the house is energy efficient and that we go beyond the regulations – and people are expecting that now,” she says.

She points out that less than two per cent of Glenveagh’s emissions come from sources directly under the company’s control, or indirectly associated with its use of energy. These are known as scope one and two emissions. Scope three emissions – carbon produced as a result of activities from assets not owned by the company but which indirectly impact the firm’s value chain – accounts for the other 98%.

What’s more, the increased focus on embodied emissions, which is the total emissions associated with mining and transporting materials, the construction processes and the upkeep of the building to the end of its lifecycle, has provided additional drivers for Glenveagh to further refine its sustainability strategy.

“We have mapped our scope three emissions. We’ve done a lot of work in terms of improving the energy efficiency of our houses, as I said, but we’re now looking at the materials that we use to construct the houses. We’re doing a lot of off-site panelised manufacturing including timber-frame-and we’re looking at what we can do differently to reduce embodied emissions ,” she says.

“We’re at the early stages but that’s really where you’re seeing it most influence our strategy. We’re investigating the solutions that will help us reduce emissions but also understanding how that influences the type of houses that we build.”

TCFD into the future

Glenveagh’s bid to meet its sustainability targets is underpinned by its participation in the Task Force for Climate-related Disclosures (TCFD), an international scheme established in 2015 to encourage firms to be transparent about climate action, particularly in the areas of governance, strategy, risk management, metrics and targets.

The company began making disclosures under TCFD last year and also participated in a TCFD campaign by Sustainable Finance Ireland in advance of COP26 in Glasgow. Lorraine says that while the company is still in the early phases of aligning with the recommendations, she expects the process to evolve in the coming years as EU regulations and other international standards governing the reporting of climate data trend towards the TCFD framework.

“We included climate disclosures in our 2020 sustainability report and in our recently published 2021 annual report. At this stage we have disclosed top-level climate risks and opportunities.

“It’s necessary to have signed up. Our investors expect it. It’s not just that it’s nice to have. Lawmakers have also indicated that the TCFD principles will form part of the forthcoming Corporate Sustainability Reporting Directive so it’s important to start making inroads before it’s required.”

Lorraine admits that TCFD forces people to think differently about time horizons with respect to risk.
“The biggest challenge that people often have who are used to risk analysis is the length of time you’re looking at. Generally companies assess risk in quite short time periods. Climate doesn’t fit into that in the sense that you’re looking at much longer time horizons. I think that is difficult for people to get their heads wrapped around. How do we quantify risks that might be several decades in advance?” she says.

The necessity of collaboration

The sustainability mission is one that transcends competitiveness, according to Lorraine, and necessitates the sharing of ideas in order to meet the area’s increasingly complex obligations for corporations. She is grateful to Sustainable Finance Ireland for helping to foster that sense of unity and purpose.