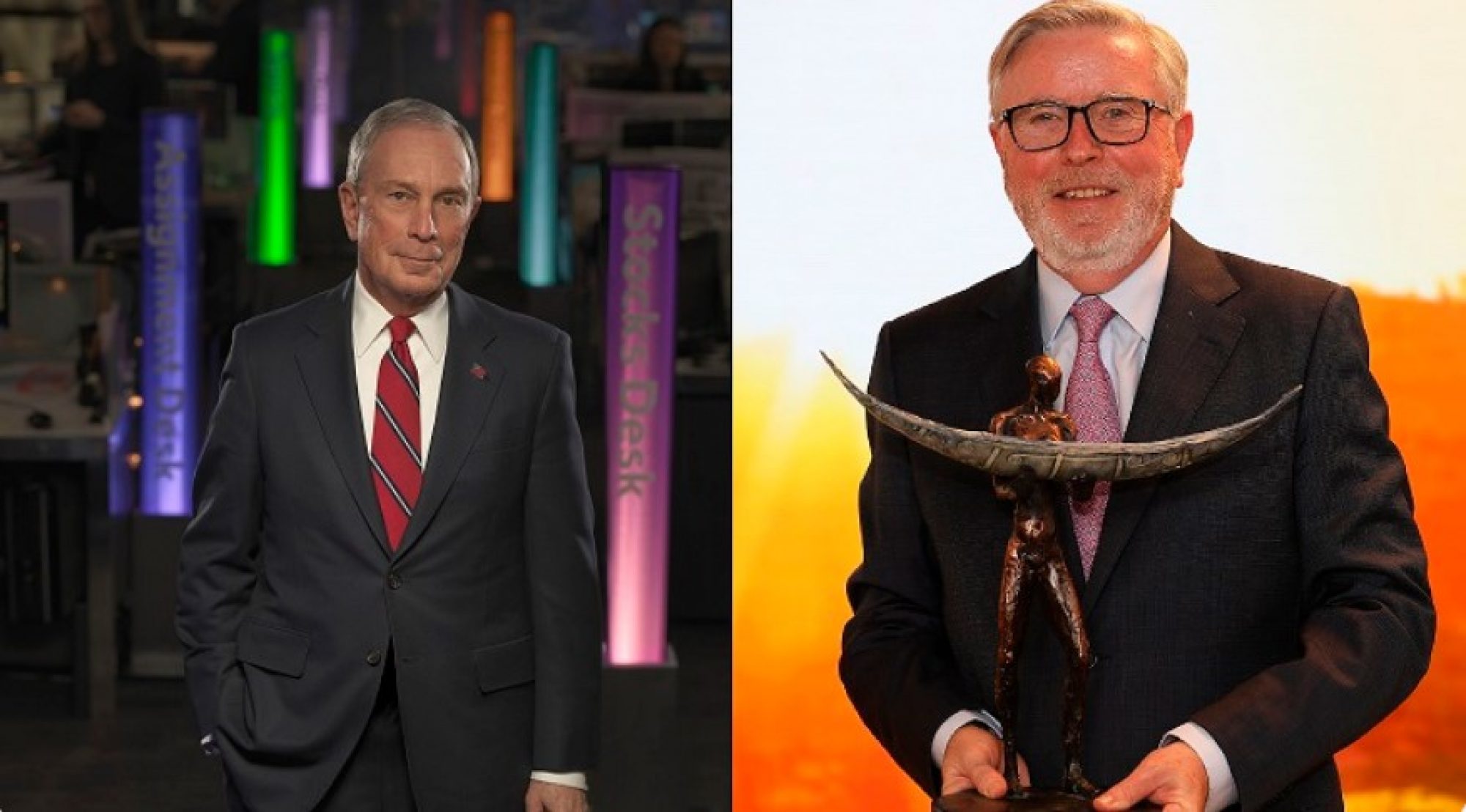 Michael Bloomberg, the U.N. Secretary-General’s Special Envoy for Climate Ambition and Solutions has been presented with the annual Climate Action Award 2021, during a ceremony as part of Climate Finance Week Ireland.

The founder of Bloomberg LP and Bloomberg Philanthropies served as the 108th three-term Mayor of New York City. He has donated more than $1 billion of his own money to the global climate fight – he is a Global Ambassador for the Race to Zero and Race to Resilience campaigns. He also leads the C40 Cities Climate Leadership Group and is co-chair of the Global Covenant of Mayors for Climate and Energy.

Today’s award was made to recognise his climate change leadership role. Commenting, Climate Finance Week Ireland 2021 chair Stephen Nolan said:
“Michael Bloomberg is one of those global leaders who has stepped up to carry some of the burden of confronting the worst aspects driving global warming.”

“He is known to many attendees at Ireland’s Climate Finance Week through his chairing of the Task Force on Climate-related Financial Disclosures (TFCD) commencing in 2015, which developed recommendations to help companies disclose information on the climate-related risks and opportunities they face and – with which the corporate and financial has since become increasingly familiar.”

Mr Bloomberg has also worked strenuously with environmental organisations in the USA and now in Europe to retire coal plants and has launched ’Beyond Carbon’ the largest-ever coordinated campaign to take on the climate crisis in the U.S., which aims to retire all domestic coal plants by 2030 and stop the construction of new gas plants.

The Irish ceramic artist has created ‘soul boats’, embellished with motifs from the stone carvings at Newgrange, a prehistoric monument in Ireland older than Stonehenge and the Egyptian pyramids.

The idea is that the soul boat is at once sturdy and fragile – a metaphor for the world and humanity’s place in it. The bronze figure is cradling the soul boat – manifesting a sense that human care and attention is paramount if we are to preserve the inheritance that we hold in our hands to pass on to future generations.

As Mr Bloomberg accepted the award, Stephen Nolan added: “It passes from our hands to yours – a symbol of the esteem in which you are held and a symbol of your willingness to embrace this generationally significant global challenge in the public intertest and for the greater good.”

Climate Finance Week Ireland 2021 is organised by Sustainable Finance Ireland (SFI) with the Department of Finance. Sustainable finance is a priority for the Government through its latest Ireland for Finance Action plan (2021).